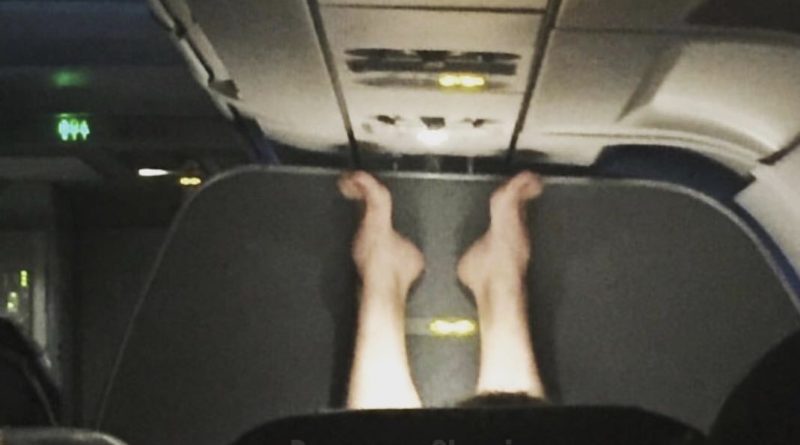 A plane made an emergency landing yesterday after a man caused panic by taking off his socks.

After the man took off his socks, passengers reported an overwhelming feeling of disgust. The sight of naked feet accompanied by an unidentifiable smell were enough to cause panic among the passengers.

The flight from Newark to Singapore is the longest flight in the world and pilots could not risk to expose the passengers to the naked feet for such a long period. Oxygen masks were deployed to bring some relief during the descend.

After the emergency landing, the man was rebooked onto another flight with the advise to take a pedicure and to keep his socks on next time.

PassengerShaming is a worldwide non-profit organization trying to make naked feet on a plane illegal. They are very close of passing a bill in the US and already made naked feet punishable by law in 12 countries. Previous efforts to make applauding illegal were very successful.